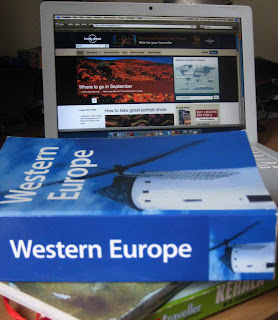 I guess the relationship between technology and travel has always been direct and incremental. Every advancement in technology, particularly in that related to travel or communication, has, arguably, had significant implications for travel.

For some time now, I’ve been looking at the equation between technology — information and communication technologies in particular — and travel. The Internet, for one, has transformed the way we travel. The Net’s effect is visible on virtually every aspect of travel — from planning a trip to booking the tickets and hotels, and from applying for a visa to ordering foreign exchange cards.
What’s less visible is how personal communication devices such as smart phones are beginning to revolutionise travel. And leading this revolution are the “apps” or applications, which are pieces of software that run on a bunch of electronic devices including mobile phones.
So it was great to read this thoughtful piece by Tom Robbins, travel editor of the Financial Times. Robbins focuses on how the Internet, smart phones and smart phone apps like Google Goggles are likely to flush printed guidebooks down the drain.
It’s an insightful and entertaining read. And it sure sounds sexy to be able to dig out more dope on something interesting by simply taking its picture and then using Google Goggles’ image search power. But I wonder if it is a trifle premature to be writing a requiem for the guidebook.
Robbins is spot on when he writes that an app like Google Goggles allows him to “have at my fingertips more information than exists in any guidebook ever written – perhaps more even than the combined wisdom of all guidebooks ever written.” And that, perhaps, is also exactly why an app like Goggles may not be able to completely replace a good guidebook.
I’ve not tried Goggles, but I assume that a search would throw up at least several hundred results. And if it uses algorithms that are similar to those used by Google’s keyword search engine, I expect you’d end up with many results that may not have the exact information you are looking for.
So while apps like Goggles do make information accessible, a good guidebook goes one step further by filtering information to make it accessible and relevant. In a nutshell, a good guidebook will mostly dispense the wisdom you need and not all the wisdom in the universe.
Despite this, the guidebook in its present avatar may slowly disappear in some parts of the world over the next few years. But canny travel publishers, I believe, will develop guidebook apps that could give Goggles some competition. Along with this, they will also need to explore electronic versions of their guidebooks for devices like the iPad.
Robbins, himself, touches on this possibility, writing “this summer there’s a buzz in the world of travel publishing, a sense of being on the verge of a totally new era. The Internet allowed people to research their trips themselves before setting out, but smart phone apps and iPads travel with them.”
The buzz Robbins talks about will in all probability grow, as travel publishers realise that smart phones and similar devices are a market they need to create compelling products for. Of course, they’ll also need to invent business models for this market; models that compete with the ‘give it away free’ strategy that companies such as Google adopt.
Simultaneously, guidebook publishers will also need to create business models that cater to emerging outbound travel markets like India and China. In a market like India, where some 9.8 million people travelled out of the country in 2007, printed guidebooks may sell well for many more years, but quality and affordability will be key.
Of course, guidebook publishers could also decide to give printed guidebooks a miss and instead tap India’s exploding mobile phone market. But with smart phones not as ubiquitous in India as in many other telecom markets, guidebook apps may need to be offered at lower price points and also tweaked so they work reasonably well on phones that are not very ‘smart’.
Accessing guidebook apps while travelling aboard could also be a challenge for many mobile phone users in India, given the rather high international roaming charges the country’s telecom companies charge. This, I imagine, is an issue in many other markets too. So guidebook publishers are going to have to find ways around high roaming charges — working with telecom companies to create innovatively structured and priced guidebook apps could be one solution.
In emerging markets, travel publishers are also going to have to look very seriously at the mechanics of venturing into guidebook apps in local languages. In India, for instance, this could open up an entirely new segment of the market and generate significant returns. Global travel publishers may even be able to create a market for high quality, printed guidebooks in Indian languages.
Therefore, the guidebook strategy for markets such as India, I suspect, will have to be a hybrid — a model that builds on the publisher’s brand salience and uses innovative pricing to hawk both old-fashioned printed guidebooks and cutting edge guidebook apps.
And to answer the question that Robbins raises: Is it the end of the guidebook? Not quite. It’s more like the end of the guidebook as we know it. Make that ‘knew it’.
Posted by Sankar Radhakrishnan at 11:10 AM

Such interesting exciting times we live in:)

For sure the guide book will evolve to a new more interactive form, and that is welcome. Many things whilst traveling are planned and many things are impromptu. So if Googles allows to take part in the impromptu world it is fancy:)

Regarding traveling behaviour; Indians are in contrast to the international traveler in the way things are planned or seen. How in-depth or off the beaten path one dares to venture versus sticking to the 'touristy done things'. While the new Googles is a welcome feature, it may take a while for it to catch on with the conservative traveler.