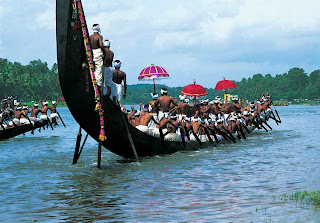 Kerala has been ranked the top holiday destination in Asia in a poll conducted by online travel mag Smart Travel Asia.

Kerala, third on Smart Travel Asia’s ‘best in travel’ poll last year, has trumped Bali and Phuket this year. Rajasthan and Goa are the two other Indian destinations that figure on the top 10 list.
What’s rather telling though, is that just one hotel from Kerala seems to have made it to the list of top hotels. The Taj Garden Retreat, Kumarakom is number 24 on Smart Travel Asia’s list of ‘top 25 leisure hotels and resorts’. Several other hotels from India including The Oberoi Udaivilas, Udaipur; Neemrana Fort; and The Aman, New Delhi figure on this list.
The only Indian entry on the ‘top 25 spa hotel and resorts’ list is the Ananda in the Himalayas. Indian entrants on the ‘top business hotels in Asia’ list include The Taj Mahal Palace, Mumbai; The Oberoi, New Delhi; and The Leela Palace Kempinski, Bangalore.
The Smart Travel Asia online poll ran for three months May-July this year and 60 per cent of the respondents were from Asia. The poll says that 91 per cent of the voters “drew their primary image of brands from the Internet and 85 per cent said they made travel decisions online.” Yet only 38 per cent said they book online. The Net, according to the Smart Travel Asia poll, it seems is still a traveller’s first port of call for information and independent reviews. All issues for tourism and travel mavens to chew on.
Meanwhile, though Kerala has reason to celebrate its recognition as a holiday destination, it’s also time for some introspection on the hospitality front. So perhaps, we should not break out the bubbly just yet.
Picture used courtesy Kerala Tourism
Posted by Sankar Radhakrishnan at 7:56 PM

This news has pros and cons I agree:)

I ask myself sometimes wld I be happy if I lived in a place that was buzzing with tourists? Am not sure I knw that answer yet:)

@Mee: From what i can see, as long as you are not right in the middle of all the action, it should be ok.
On the other hand in most cities in India, if you live in a mixed use area, then you are likely to be doomed with too much of a buzz all around.

Actually I dnt knw if tourists are a good thing after all ( barring the advantage of the economic influx) - I may sound cut up about this- but today's experience with a foreigner at a super mkt sincerely makes me wish for all of them to disappear from my land!!